What a spectacular evening at Chelsea Piers in New York City on September 20th for the Lisa Foundation, as we celebrated our Foundation’s third-annual Gala, A Cerebral Affair.  The Gala was held at Chelsea Pier, overlooking the iconic Hudson River. 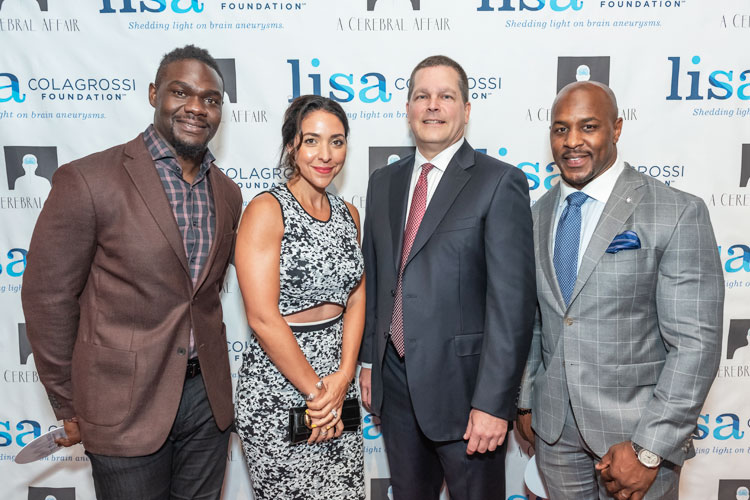 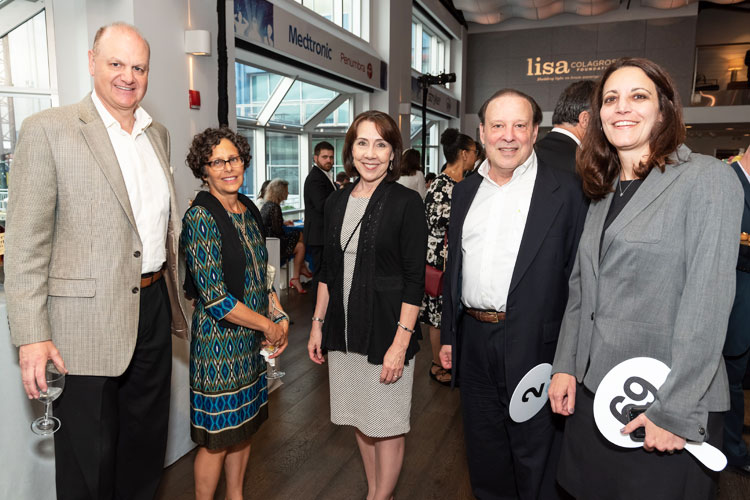 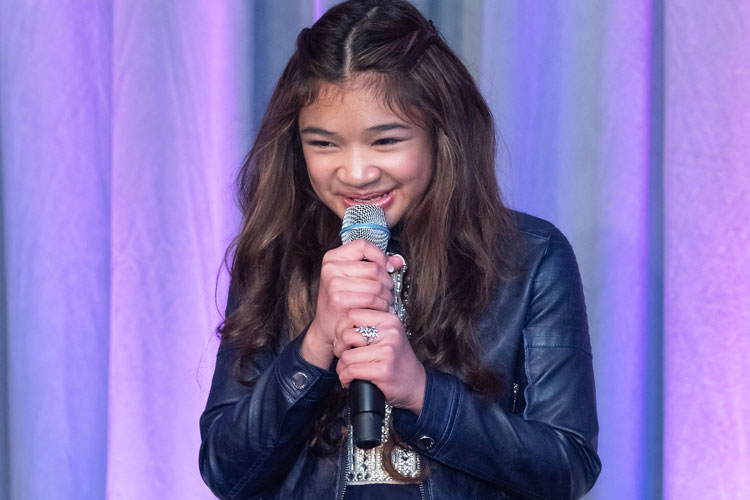 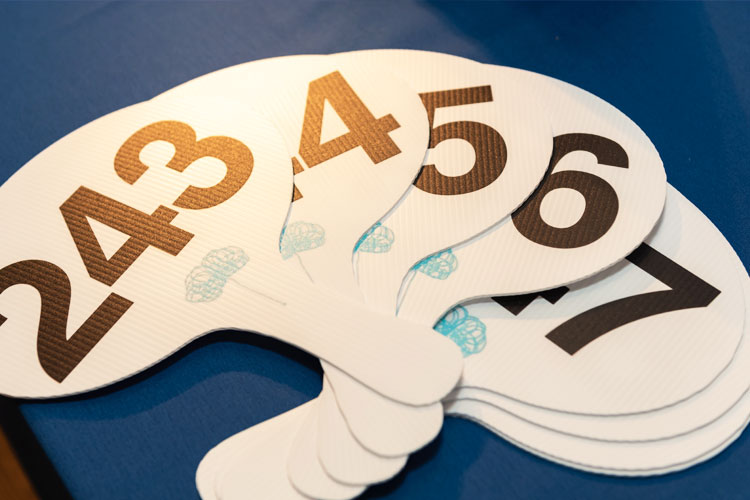 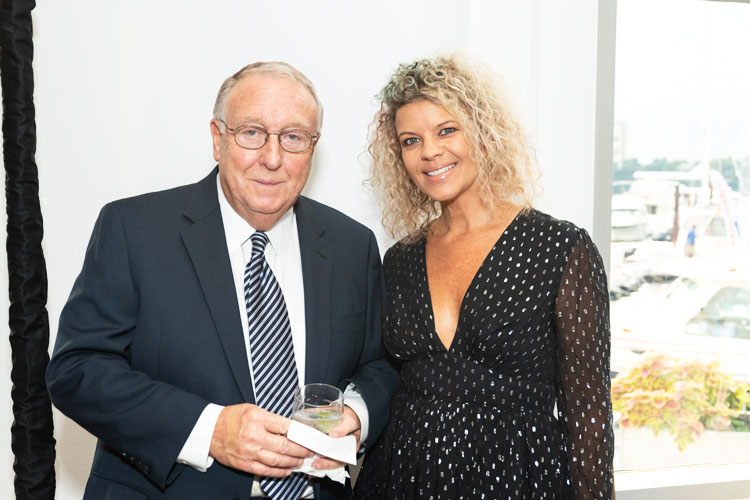 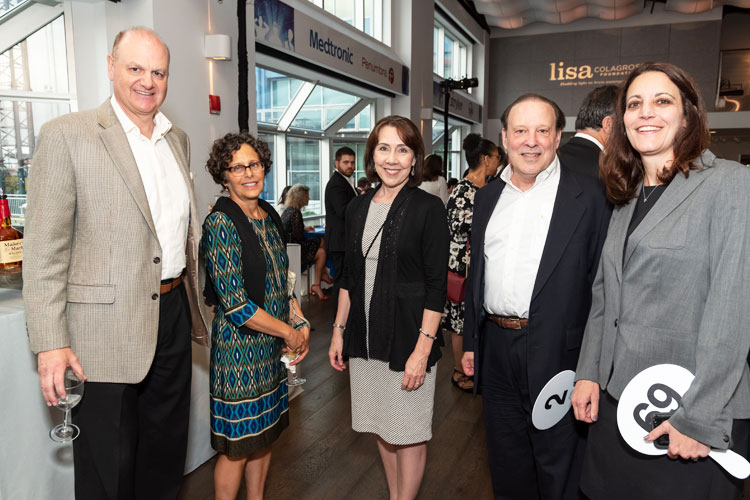 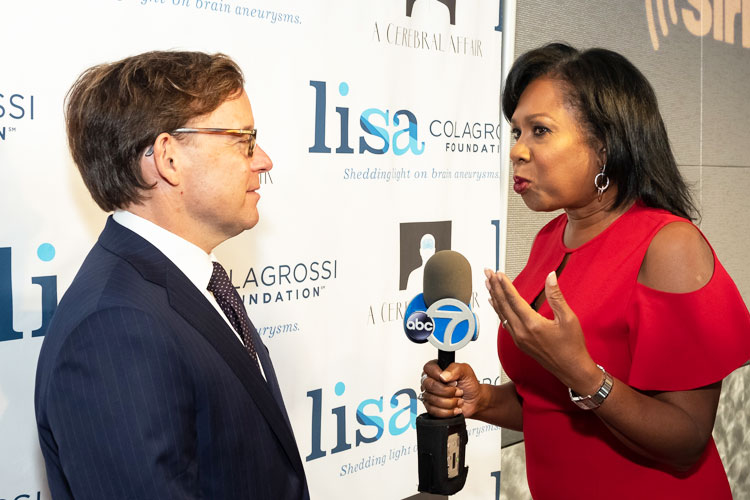 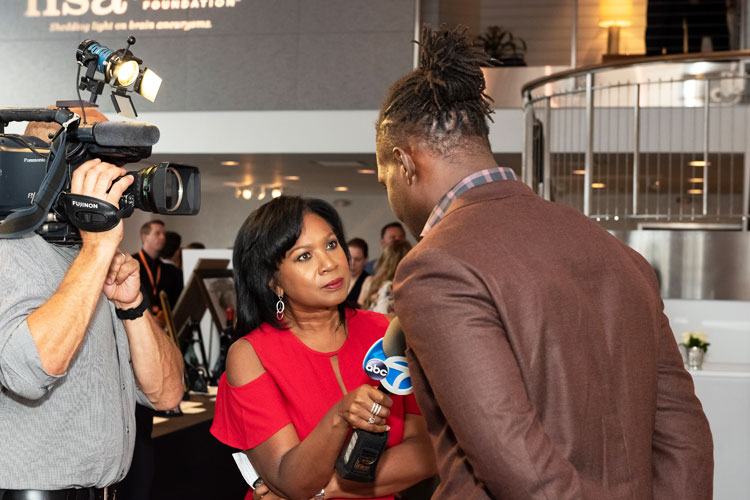 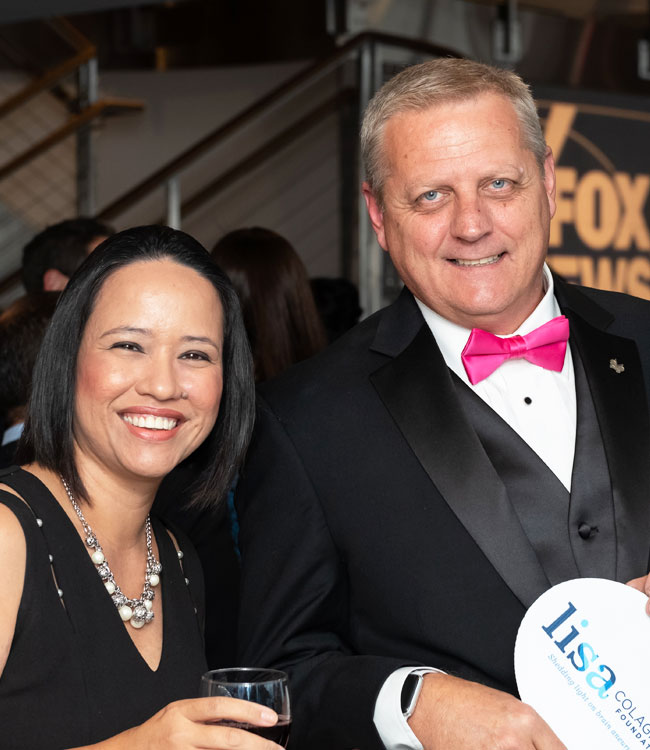 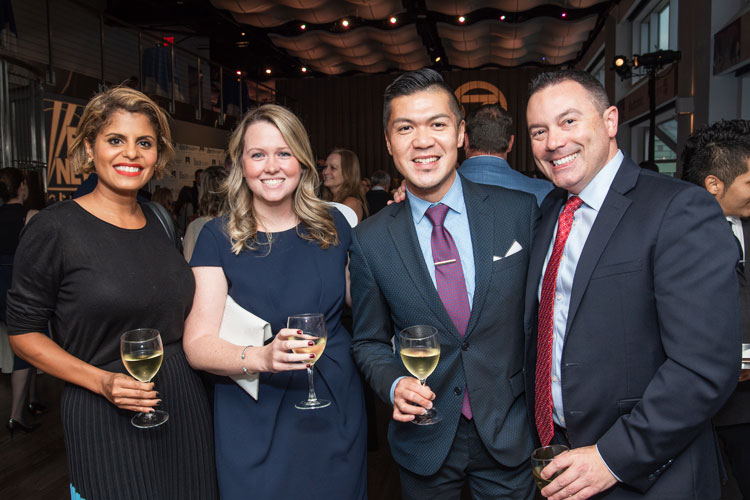 The sold-out event that raised substantial funds for our Foundation’s work to create brain aneurysm awareness.  The Gala has emerged as the biggest night in the brain aneurysm industry. Todd Crawford, the Founder and Executive Director of the Lisa Foundation commented, “In just three years we’ve created the industry’s premier benefit that has sold out for two consecutive years and drawn people from across the country to help us raise awareness.  Anyone who has attended says it’s a ‘must see’ and a very moving and inspirational evening.”  This Gala could not happen without the support of all those who attended. A very special and huge thank you goes to all the supporters and guests including Cleveland Clinic, NYU, Sirius XM, Fox News Channel, ABC News, Microsoft, Viacom, Penumbra, Stryker, and the many neurosurgeons, survivors, supporters of loved one’s lost to brain aneurysms.

The evening started with a silent auction which was a huge hit during the cocktail hour.  Guests brought a competitive spirit to bid on items such as a VIP Rachel Ray experience, a private meet and greet with Soprano’s star, Vincent Curatola, autographed sports memorabilia, and a cruise to the Caribbean.

As the Gala kicked off, we were entertained by the tiny powerhouse and music sensation from the 2017 America’s Got Talent competition, Ms. Angelica Hale.  Ms. Hale got the crowd on their feet bellowing Felica Key’s “Girl on Fire.” The Gala guests were also moved by the performance of Ms. Tshidi Manye, from Disney on Broadway’s Lion King, when Ms. Manye sang the “Circle of Life” honoring to those impacted by brain aneurysms.

After the entertainment, there was an empowering call to all Survivors in the room who were asked to stand and receive a standing ovation.  Special guest and Fox News Anchor & Reporter, Eric Shawn – who very much understands the devastation of brain aneurysms as he lost his Mother to a brain aneurysm – then described his story and what it felt to lose his mother when he was 14 years old.  Mr. Shawn’s mother, Melba Rae, was a famous soap opera actress who passed at the young age of 49. The Lisa Foundation sincerely appreciates his efforts to raise awareness of this silent killer, as well as, keeping his Mother’s memory alive too.

The evening shifted, and the guests learned the story of Kathy Thomson from her family.  Kathy died in 2017 from a brain aneurysm. Kathy was an accomplished business leader and Chief Marketing Officer of Sirius XM Satellite Radio survived by her husband and two children.  She was just 51 years old. The Lisa Foundation applauds the bravery of her two children and husband talking about the realities of the new norm since her passing. Though Kathy unfortunately did not survive, and life will never be the same, her memory and legacy always will live on as her family is on a mission to help save lives by raising awareness.

As the Gala program concluded the guest were treated with the live Auction.  Sold! Paddles up; and the winner goes to! MC Aaron Bean did a masterful job to excite the crowd to bid on some amazing auction items and raise money for the Foundation.  There were many wonderful Auction items, but a few that stood out were the New York Giants vs. Chicago Bears NFL tickets. Former NFL Defensive Tackle, Tommie Harris, sweetened the bid for the Giants vs. Bears’ tickets by throwing in autographed helmets from the quarterbacks.  In addition, Vincent Curatola donated a special taping of his hit show The Sopranos and added a VIP dinner to the package.

The Lisa Foundation thanks everyone that participated, attended, and donated to the Gala.  The evening was a huge success and would not be possible without the generous support of everyone who wants to make a difference to raise awareness of brain aneurysms.

Mark your calendars for the 2019 A Cerebral Affair in September!

You do not want to miss this spectacular evening for brain aneurysm awareness month.